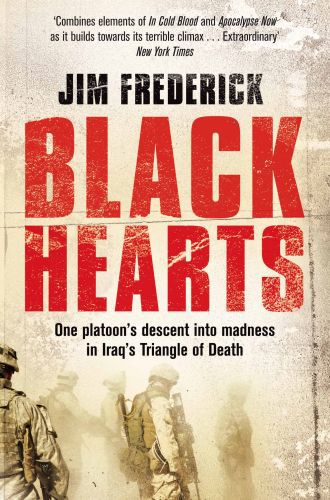 'Combines elements of In Cold Blood and Black Hawk Down with Apocalypse Now as it builds towards its terrible climax...Extraordinary' New York Times Iraq's 'Triangle of Death', 2005. A platoon of young soldiers from a U.S. regiment known as 'the Black Heart Brigade' is deployed to a lawless and hyperviolent area just south of Baghdad. Almost immediately, the attacks begin: every day another roadside bomb, another colleague blown to pieces. As the daily violence chips away, and chips away at their sanity, the thirty-five young men of 1st Platoon, Bravo Company descend into a tailspin of poor discipline, substance abuse, and brutality – with tragic results. Black Hearts is a timeless true story of how modern warfare can make or break a man's character. Told with severe compassion, balanced judgement and the magnetic pace of a thriller, it looks set to become one of the defining books about the Iraq War. 'Black Hearts is the obverse of Band of Brothers, a story not of combat unity but of disharmony and disarray' Chicago Sun-Times 'A riveting picture of life outside the wire in Iraq, where "you tell a guy to go acoss a bridge, and within five minutes he's dead."'Kirkus Reviews (starred)