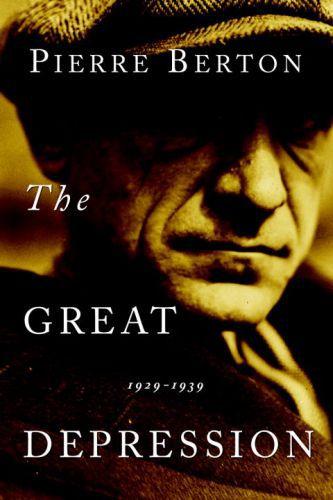 Over 1.5 million Canadians were on relief, one in five was a public dependant, and 70,000 young men travelled like hoboes. Ordinary citizens were rioting in the streets, but their demonstrations met with indifference, and dissidents were jailed. Canada emerged from the Great Depression a different nation.
The most searing decade in Canada's history began with the stock market crash of 1929 and ended with the Second World War. With formidable story-telling powers, Berton reconstructs its engrossing events vividly: the Regina Riot, the Great Birth Control Trial, the black blizzards of the dust bowl and the rise of Social Credit. The extraordinary cast of characters includes Prime Minister Mackenzie King, who praised Hitler and Mussolini but thought Winston Churchill "one of the most dangerous men I have ever known"; Maurice Duplessis, who padlocked the homes of private citizens for their political opinions; and Tim Buck, the Communist leader who narrowly escaped murder in Kingston Penitentiary.
In this #1 best-selling book, Berton proves that Canada's political leaders failed to take the bold steps necessary to deal with the mass unemployment, drought and despair. A child of the era, he writes passionately of people starving in the midst of plenty.
From the Trade Paperback edition.