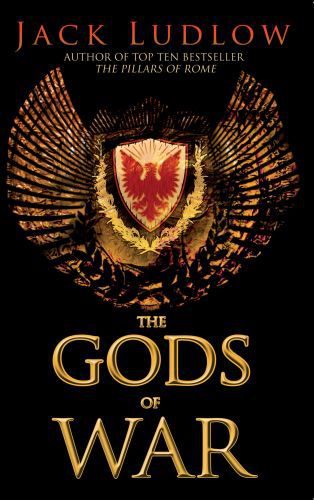 The Gods of War

Three fearless men are drawn into the endless battles of ancient Rome's Fiery War, fighting for power, for victory, for survival and above all, for honour.Brennos, the barbarian leader of the Celtic tribes, faces bloody personal consequences when his enemies hatch a vicious assassination plot. Aquila, now fighting for Rome, carries with him his lucky talisman; a golden amulet shaped like an eagle in flight, the only clue to his true identity. And Marcellus, son of Rome's most powerful senator, must find within himself the ability to lead men into battle and to win.