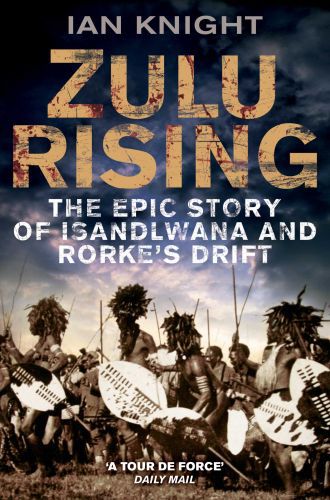 Exclusive to the ebook - a photographic tour of iSandlwana and Rorke's Drift battlefields with commentary by Ian Knight. On 22 January 1879, in the shadow of an imposing rocky outcrop called iSandlwana, the bloodiest defeat inflicted on the British Army during the Victorian age took place. Now Ian Knight skilfully weaves together the lives of Zulu patriots like Mehlokazulu kaSihayo and Matshana kaMondise and professional British soldiers such as Anthony Durnford and Charlie Harford - the men who were at the human heart of the savage and iconic Anglo-Zulu War. He presents not only a gripping picture of the pressures that drove both sides to a terrifying and bloody confrontation, but a definitive history of the battle that has shaped the political fortunes of the Zulu people to this day. 'I loved it . . . full of fresh thinking, new ideas and new wisdom' Neil Oliver 'Exceptional . . . exposes the bloody truth about the two famous clashes in the 1879 Anglo-Zulu War' Sunday Times 'A fine book' Richard Holmes