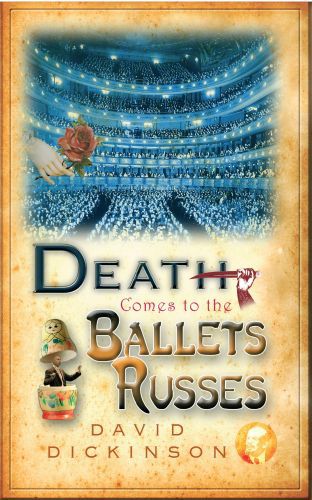 Death Comes to the Ballets Russes

London, 1912, and the famed Ballet Russes have come to London to perform. Anticipation is high, for Diaghilev's troupe is renowned throughout Europe.

At the end of their famed performance of Thamar at the Royal Opera House, the Georgian queen stabs her prince to death and throws him into the river. But life mirrors art when the prince is found truly dead, stabbed through the heart in the orchestra pit below stage. But the corpse is not the dancer in the programme. It is his understudy. Powerscourt is summoned to investigate. But who was the intended victim - the understudy, or the star of the Ballets Russes?

And the Ballet Russes are not the only Russian visitors in London this season. Lenin, Europe's most dangerous revolutionary, has sent some bank robbery money to be changed into pounds. There are stolen jewels from St Petersburg to be sold. And there are other darker forces abroad too and Powerscourt has to look death in the face before he can solve the mystery of Death at the Ballet Russes