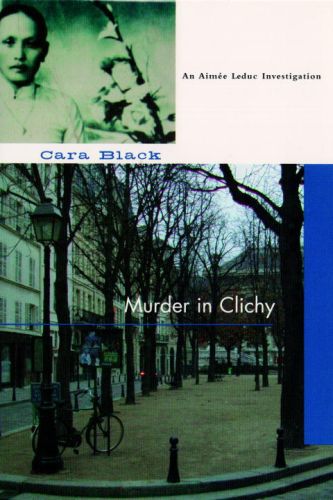 Praise for Cara Blacks Aimée Leduc series:
Charming. . . . Aimée is one of those blithe spirits who can walk you through the citys historical streets and byways with their eyes closed.--Marilyn Stasio, The New York Times Book Review Leduc has a thorough grasp of the practicalities of investigation, plus a penchant for undercover work that will have readers on pins and needles.--San Francisco Chronicle Conveys vividly those layers of history that make the stones of Paris sing for so many of us.--Chicago Tribune Aimée Leduc, private investigator specializing in computer security, has been introduced to the Cao Dai temple in Paris by her partner René Friant. He urges her to learn to meditate: she could use a more healthful approach to life. The Vietnamese nun Linh has been helping Aimée to attain her goal, so when she asks Aimée for a favor--to go to the Clichy quartier to exchange an envelope for a package--René prompts Aimée to agree. But the intended recipient, Thadée Baret, is shot and dies in Aimées arms before the transaction can be completed, leaving Aimée with a wounded arm, a check for 50,000 francs, and a trove of ancient jade artifacts.
Whoever killed Baret wants the jade. The RG--the French secret service; a group of veterans of the war in Indochina nd some wealthy ex-colonials and international corporations seeking oil rights are all implicated. And the nun, Linh, has disappeared.
Since the incident in which she was temporarily blinded (Murder in the Bastille), Aimée has promised to avoid danger. But somehow, it continues to seek her out.
Cara Black lives in San Francisco with her husband, a bookseller, and her son. She is the author of Murder in Belleville, Murder in the Marais and Murder in the Bastille published by Soho Press. Murder in the Sentier was a San Francisco Chronicle bestseller. For more information, visit www.carablack.com From the Hardcover edition.