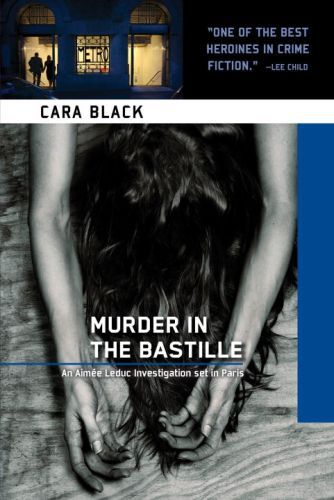 Murder in the Bastille

Aimée Leduc is all dressed up in her new Chinese silk jacket, supposedly an "exclusive," for dinner with a difficult client at an elegant restaurant in the Bastille district. She is chagrined to see that the woman seated at the very next table is wearing an identical jacket. When the woman leaves her cell phone on the table, Aimée follows her to return it and is attacked in the shadowy Passage Boule Blanche. When she regains consciousness, Aimée finds that she is blind. Nevertheless, she is told she is lucky; the woman she was following was found in the next passage, murdered.
Aimée is determined to identify her attacker. Was he actually a serial killer targeting showy blondes as the police insist? Was he really after the other woman? Or was Aimée his intended victim?
From the Hardcover edition.