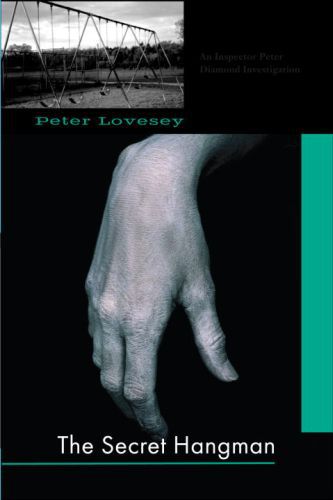 Widowed Inspector Peter Diamond is being pursued by a secret admirer as he pursues a serial killer. Delia Williamson, a mother of two young girls who works as a waitress, is first reported missing by her own mother. She is found in a public park, hanged from the crossbar of a children’s swing set. There seems to be no reason for her to have committed suicide, and the postmortem reveals that she was murdered. Her present partner, her ex-husband, and a traveling salesman who dined at her table in the restaurant where she worked, are all suspects. Then her former husband is found in a cave, also hanged. A remorse suicide? Diamond doesn’t think so. When a well-to-do couple is found dead, both hanged, a suicide pact is suggested. Diamond is dubious; too many couples are dying by the same method. Before he can figure out what is going on, one more person will die.
From the Hardcover edition.