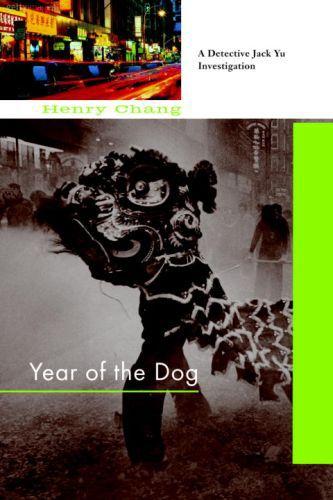 Year of the Dog

Praise for Chinatown Beat:
A worthy debut. . . . Chang writes with stark power and authority, covering the territory as only an insider can. He evokes the spirit, sights, smells and language of his setting in compelling fashion.--Chicago Sun-Times Yu is a fellow whose adventures should be worth following.--The Washington Post Book World Should make the locals sit up and gasp.--The New York Times Book Review It doesnt get much better than this stunning novel.--The Boston Globe A fascinating look at New Yorks Chinese-American urban community and its subcultures.--Publishers Weekly A great beginning to what should be a worthy series.--Library Journal Very slick, very smart.--Globe and Mail Classic noir. . . . A real discovery.--Richard Price Hes been transferred to a different precinct, but Detective Jack Yu cannot get away from Chinatowns criminals--his old friends--who have hooked up with the Hong Kong-based triads in an elaborate nationwide credit card fraud. He also cannot escape the Chinese victims whose stories cry out for justice, like the teenage Chinese take-out delivery boy brutally murdered in the projects.
Henry Chang was born and raised in New York Citys Chinatown, where e still lives. His debut novel, Chinatown Beat, was hailed in several best of 2006 lists.
From the Hardcover edition.