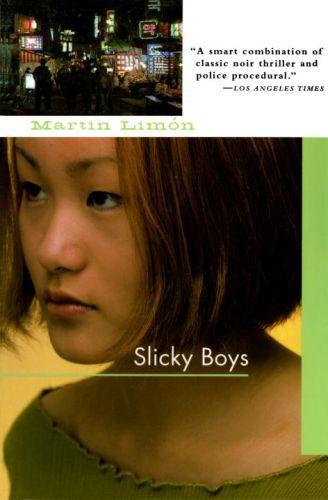 Its great to have these two mavericks back. . . . Mr. Limón writes with gruff respect for the culture of Seoul and with wonderful bleak humor, edged in pain, about G.I. life in that exotic city.--The New York Times Book Review Combining the grim routine of a modern police procedural with the cliffhanging action of a thrilling movie serial, Slicky Boys is full of sharp observations and unexpected poignancy.--The Wall Street Journal Theres atmosphere to spare here and enough suspense to please. A colorful thriller.--Publishers Weekly An irresistible tale!--Seattle Post-Intelligencer Two of the more memorable sleuths in the modern mystery canon.--The Cleveland Plain Dealer The writing is plain and sinewy, the characterizations are quietly brilliant and the moral vision is as cold as a Seoul bar girls gaze.--The Oregonian In this sequel to New York Times Notable Book Jade Lady Burning, a pair of American military cops come up against major gang culture in South Koreas back alleys.
George Sueño and his partner Ernie Bascom thought theyd seen it all, but nothing could prepare them for the Slicky Boys. Theyre everywhere. They can kill a man in a thousand ways you dont even want to know about. And youll never even see them coming. They steal, they kill, they slip away. George and Ernie are about to discover that even the U.S. Military is no match for evil and that human sympathy can sometimes lead to a lonely grave.
Martin Limón retired from U.S. military service after 20 years in the U.S. Army, including ten years in Korea. He and his wife live in Seattle. He is the author of Jade Lady Burning and Buddhas Money, which will be published in the Soho Crime series next year.
From the Trade Paperback edition.