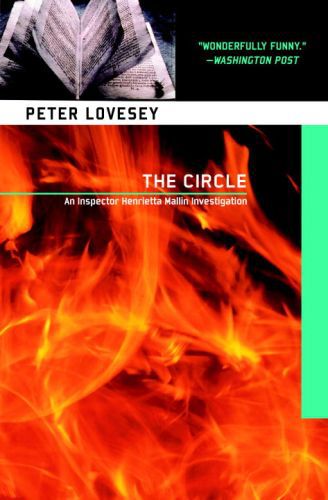 Praise for The House Sitter:
Lovesey loves strong women, cerebral killers and diabolical puzzles--the very ingredients that make The House Sitter one of the most cunning mysteries in his Peter Diamond series. --Marilyn Stasio, The New York Times Book Review The book sings along in great style.--Washington Post Book World Elegant and suspenseful.--Los Angeles Times An extraordinary mystery.--Chicago Tribune This is Lovesey at his best.--Publishers Weekly (starred review) An ingenious and complex novel.--Booklist (starred review) [A] tour de force.--Boston Herald When van driver Bob Naylor, who likes to write jingles, is prodded by his teenage daughter into joining the Chichester Writers Circle, he scarcely expects to find that, among the anticipated set of literary snobs, he will be rubbing elbows with one--or more--potential victims of murder by arson. The members come from all walks of life and practice all forms of writing, from torrid romances to household hints, but there seems to be nothing to cause a serial killer to choose his victims from among them. But as the killer strikes again and again, Bob becomes a suspect. In order to free himself from suspicion and save himself from going up in flames, he will have to cooperate with formidale CID Chief Inspector Henrietta Mallin--Inspector Peter Diamonds opposite number from The House Sitter. It begins to appear that amongst the potential victims in this circle are one or more murderers.
Peter Lovesey is the author of 24 highly praised mysteries and has been awarded The Crime Writers Associations Gold, Silver and Diamond Daggers, as well as many US honors. He lives in West Sussex, England.
From the Hardcover edition.