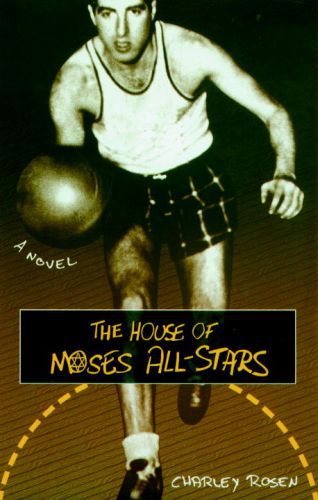 The House of Moses All-Stars

Here is the story of an all-Jewish basketball team traveling in a hearse through Depression-era America in search of redemption and big money. A hilarious road novel, The House of Moses All-Stars is a passionate portrayal of a young Jewish man, Aaron Steiner, struggling to realize his dreams in a country struggling to recover its ideals. The former college basketball star has watched his dreams of becoming a successful player fall apart, his marriage disintegrate, and his baby die. In desperation he accepts his friend's offer to join a Jewish professional basketball team -- The House of Moses All-Stars -- which is travelling in a cross-country tour in a renovated hearse. Aaron's teammates -- a Communist, a Zionist, a former bank robber, and a red-headed Irishman who passes for a Jew -- are, like Aaron, trying to escape their own troubled pasts. As the members of this motley crew travel West to California through an anti-Semitic land that disdains and rebuffs them, they discover that their nation is as confused as they are -- torn between its fears of foreigners and poverty, and its belief in democratic ideals of tolerance and opportunity. Told with a rueful eye, The House of Moses All-Stars looks critically and lovingly at what it means to be an outsider in America.