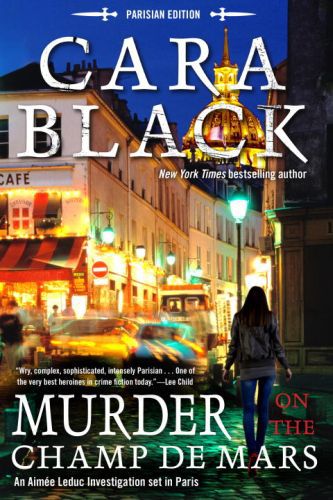 Murder on the Champ de Mars

Paris, April 1999: Aimée Leduc has her work cut out for her--running her detective agency and fighting off sleep deprivation as she tries to be a good single mother to her new bébé. The last thing she has time for now is to take on a personal investigation for a poor manouche (Gypsy) boy. But he insists his dying mother has an important secret she needs to tell Aimée, something to do with Aimées fathers unsolved murder a decade ago. How can she say no?
The dying womans secret is even more dangerous than her son realized. When Aimée arrives at the hospital, the boys mother has disappeared. She was far too sick to leave on her own--she must have been abducted. What does she know thats so important its worth killing for? And will Aimée be able to find her before its too late and the medication keeping her alive runs out?
From the Hardcover edition.