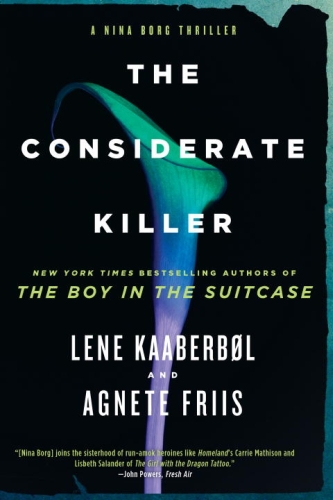 The thrilling final installment of the New York Times bestselling Nina Borg series set in Denmark In an attempt to save their marriage, Nina Borg and her husband traveled to a beach resort in the Philippines for a dream vacation. Only now, six months later, does Nina begin to understand the devastating repercussions of that trip--repercussions that have followed her home across the globe to Denmark. On an icy winter day, she is attacked outside the grocery store. The last thing she hears before losing consciousness is her assailant asking her forgiveness. Only later does she understand that this isn’t for what he’s just done, but for what he plans to do to. As Nina tries to trace the origin of sinister messages she’s received, she realizes the attempt on her life must be linked to events in Manila, and to three young men whose dangerous friendship started in medical school. Time and circumstance have forced them to make impossible choices that have cost human lives. It’s a long way from Viborg to Manila, and yet Nina and her pursuer face the same dilemma: How far will they go to save themselves? From the Hardcover edition.