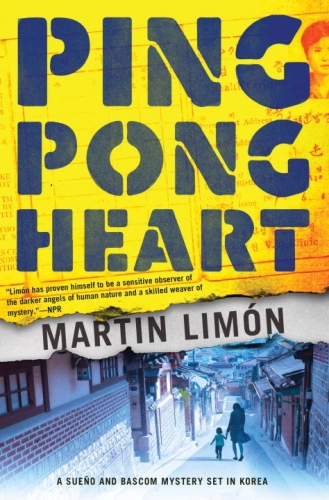 South Korea, 1974. US Army CID Sergeants George Sueño and Ernie Bascom are assigned an underwhelming case of petty theft: Major Frederick M. Schulz has accused Miss Jo Kyong-ja, an Itaewon bar girl, of stealing twenty-five thousand won from him--a sum equaling less than fifty US dollars. After two very divergent accounts of what happened, Miss Jo is attacked, and Schulz is found hacked to death only days later. Did tensions simply escalate to the point of murder? Looking into other motives for Schulz’s death, George and Ernie discover that the major was investigating the 501st Military Intelligence Battalion: the Army’s counterintelligence arm, solely dedicated to tracking North Korean spies. The division is rife with suspects, but it’s dangerous to speak out against them in a period of Cold War finger-pointing. As George and Ernie go head-to-head with the battalion’s powerful, intimidating commander, Lance Blood, they learn that messing with the 501st can have very personal consequences. From the Hardcover edition.