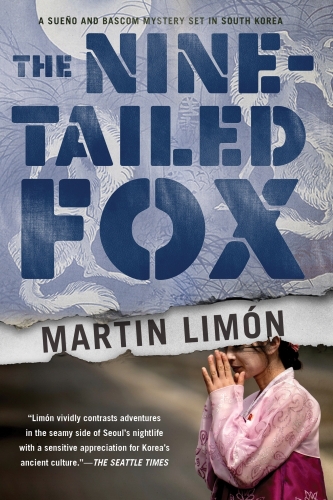 @20@@20@Martin Lim@95@oacute;n@12@s series set in 1970s South Korea, an era of heightened Korean sociopolitical tension, pits Army CID agents Sue@95@ntilde;o@21@ and Bascom@20@ @21@against a mysterious woman who may be the leader of a gang@95@mdash;or a thousand-year-old creature.@16@@16@@21@Three American GIs have gone missing in different South Korean cities. Sergeants George Sue@95@ntilde;o and Ernie Bascom, agents for the Army CID, link the disappearances to a woman locally rumored to be a gumiho, a legendary thousand-year-old nine-tailed fox disguised as a woman. George suspects that the woman is no mythical creature, but a criminal who@12@s good at covering her tracks. @16@@16@Meanwhile, George and Ernie are caught in a power struggle between two high-ranking women in the 8th Army. Scrambling to appease his boss and stay one step ahead of a psychotic mastermind, George realizes he will have to risk his life to discover the whereabouts of his fellow countrymen.