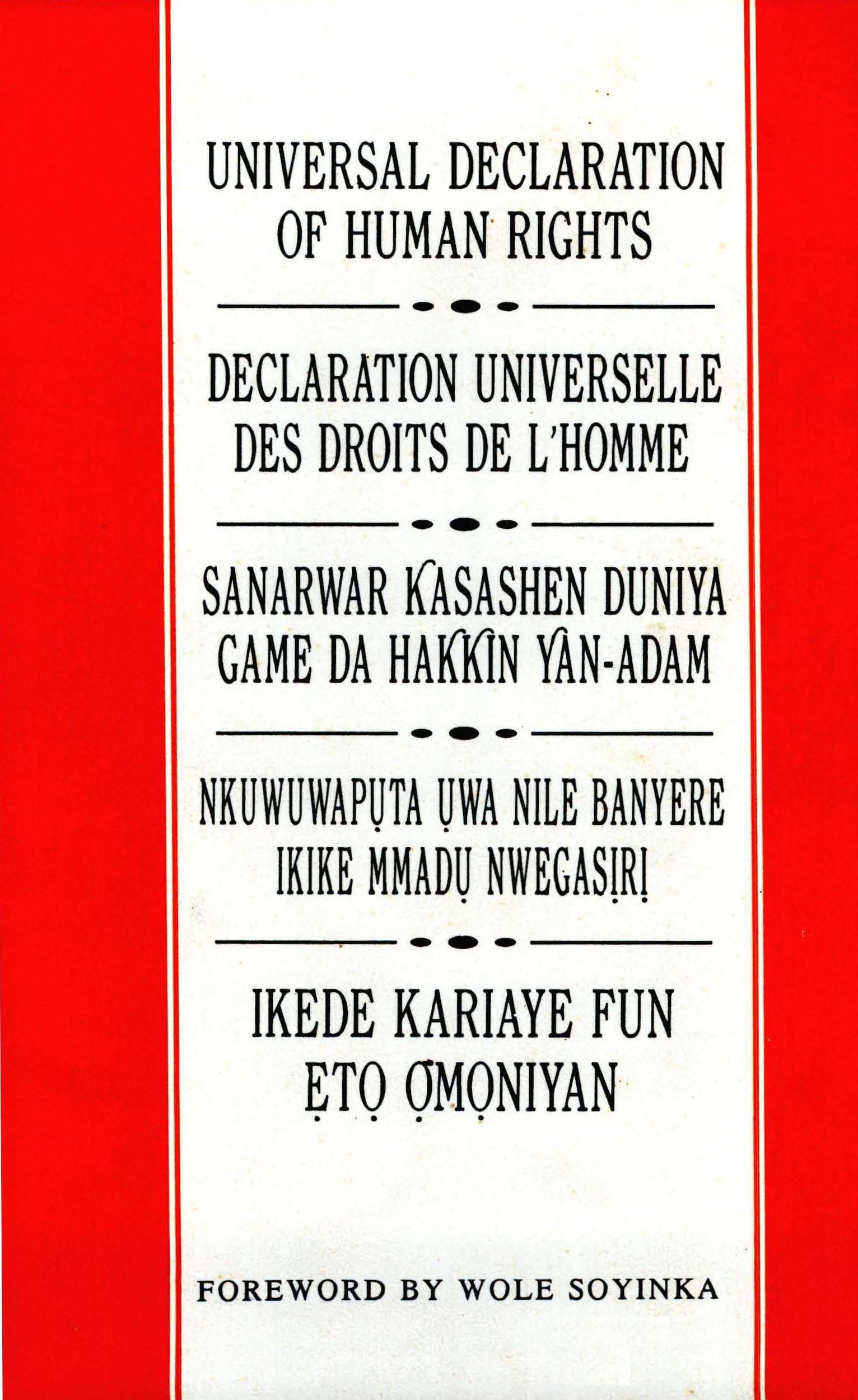 The `Universal Declaration of Human Rights' does not of course aspire to the mystification tendencies of most ideological tracts - including the religious. It is a straightforward, humanist statement of rights, one that is transcendental only in the sense that it does transcend all ideological and religious detractions from the worth of man, woman and child as the fundamental unit of culture, productivity and indeed, civilisation. It therefore deserves far greater dissemination than it tends to receive - that is, it requires no intermediaries - as is the case with secular and religious scriptures - since it speaks directly and universally to humanity. All that this document requires therefore is simply that it be rendered in all the accessible languages of all societies; then let every sentient member of society weigh its claims against the excuses of dictatorships, intolerance, discrimination against the opportunisms and naked lust for power and domination by a minority within societies, against even the fundamentalist terror of the religious kind that is fast' replacing the state terror of discredited and yet surviving ideologies. Then, perhaps, irrespective of race, faith, or sex, humanity in every corner of the world will begin to understand how much it has lost in its goal of self-realisation, and how much it yet stands to lose.