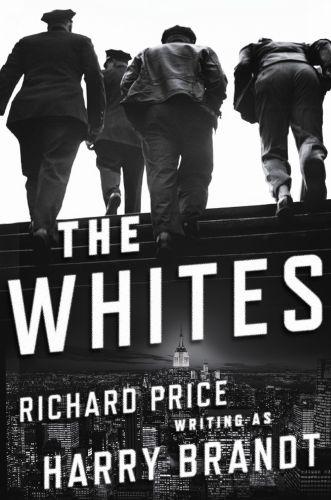 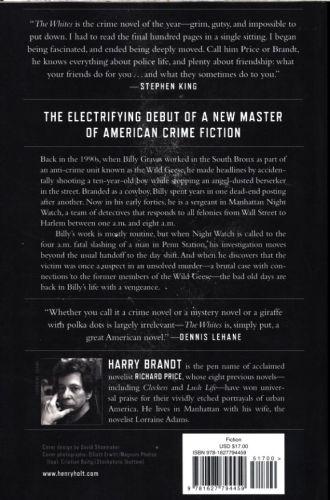 By the co-writer of the HBO miniseries The Night Of Richard Price's New York Times bestseller, The Whites , is an electrifying tale of a New York City police detective under siege-by an unsolved murder, by his own dark past, and by a violent stalker seeking revenge. Back in the run-and-gun days of the mid-1990s, when a young Billy Graves worked in the South Bronx as part of an aggressive anti-crime unit known as the Wild Geese, he made headlines by accidentally shooting a ten-year-old boy while struggling with an angel-dusted berserker on a crowded street. Branded as a loose cannon by his higher-ups, Billy spent years enduring one dead-end posting after another. Now in his early forties, he has somehow survived and become a sergeant in Manhattan Night Watch, a small team of detectives charged with responding to all post-midnight felonies from Wall Street to Harlem. Mostly, his unit acts as little more than a set-up crew for the incoming shift, but after years in police purgatory, Billy is content simply to do his job. Then comes a call that changes everything: Night Watch is summoned to the four a.m. fatal slashing of a man in Penn Station, and this time Billy's investigation moves beyond the usual handoff to the day tour. And when he discovers that the victim was once a suspect in the unsolved murder of a twelve-year-old boy-a savage case with connections to the former members of the Wild Geese-the bad old days are back in Billy's life with a vengeance, tearing apart enduring friendships forged in the urban trenches and even threatening the safety of his family. Razor-sharp and propulsively written, The Whites introduces Harry Brandt--a new master of American crime fiction.