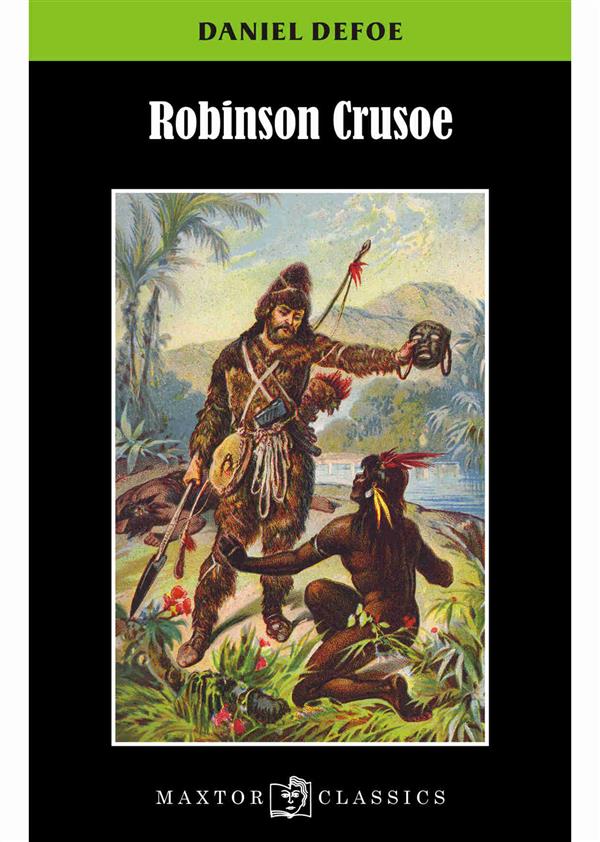 «I was born in the year 1632, in the city of York, of a good family, though not of that country, my father being a foreigner of Bremen, who settled first at Hull. He got a good estate by merchandise, and leaving off his trade lived afterward at York,...» Robinson Crusoe is a novel by Daniel Defoe, first published on 25 April 1719. The first edition credited the work's protagonist Robinson Crusoe as its author, leading many readers to believe he was a real person and the book a travelogue of true incidents.
Epistolary, confessional, and didactic in form, the book is presented as an autobiography of the title character (whose birth name is Robinson Kreutznaer)-a castaway who spends thirty years on a remote tropical island near Trinidad, encountering cannibals, captives, and mutineers before being rescued.
Taken as non-fiction, the details of Robinson Crusoe are given at the start of the novel. The story has since been perceived to be based on the life of Alexander Selkirk, a Scottish castaway who lived for four years on the Pacific island of Chile.